I have just finished reading Becoming Steve Jobs, the story of Steve Jobs as portrayed by writer Brent Schlender. He has been working with Jobs for most of his career and knows the ins and outs of Steve Jobs personality and life.

Days following Steve Jobs's death in 2011, Walter Isaacson released the biography of Jobs called Steve Jobs. While being the official biography, the story is one-dimensional and does not reflect Jobs in his entirety. This is where Becoming Steve Jobs differs, and why the senior executives at Apple such as Tim Cook, Jony Ive and Eddie Cue have publicly endorsed this book as being more true to who Steve Jobs was as a person and business leader.

Even though the rise, fall, and the subsequent rise of Apple has been told in many ways though movies and books, it has been quite inspiring reading about the story from someone who was close to Jobs in a way that very few people were. Most people would argue that Jobs was arrogant and self-centered, this story give a window into his abilities and priorities, such as always taking the time to be home for the family dinner even when being one of the most busy CEOs' in the world.

Read the book for the inspiration it provides and for being one of the stories which changed the world as we knew it. 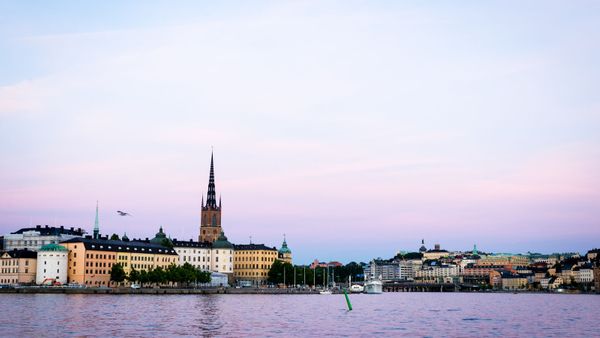 Continuing the walks around town with my camera, this time I apparently racked up over 25.000 steps according to Breeze. The photos are taken around sunset and a couple

After having exclusively used iBooks on my iPad Mini for reading books, I am now starting to realize that using the Kindle app instead may not be such a bad idea. Even though I like tech, I would normally have a hard time for