What began as a simple urge to read the hyped up sci-fi novel by Andy Weir called The Martian before the movie would hit the local theaters, ended up becoming the start of taking reading itself to another level. Almost like meditation, reading makes one disregard everything that's going on in one's head and just focus on the story at hand. That realization made me incorporate reading a part of my daily habits.
I began reading The Martian using my perfectly capable iPad Mini Retina and it was working great using the Kindle App. I began, however, leaning towards getting a proper e-reader, simply because of the ability to read outdoors, the exceptional battery life and for the size and weight. I landed on a Kindle Paperwhite 3, which has been updated for 2015, featuring a fantastic 300 ppi screen. It transformed my reading habits in ways I could not have imagined, since its weight and small size makes it possible to easily carry around in a jacket pocket.
Below follows a list of recent reads I have enjoyed these past few weeks. Follow me on Goodreads for an up-to-date list of reading material.
Becoming Steve Jobs is the biography to read if you are remotely interested in Apple and the history of the personal computer. The book portrays a multi-faceted leader and innovator instead of the one-sided character Steve is usually known for. Read my previous review.
The Martian by Andy Weir has been given lots of attention lately, mostly because of the impending movie release later this year. I have written a few words about the book, and it's a great read for anyone.
The Short Happy Life of Francis Macomber is a short story written by Ernest Hemingway and is the first Hemingway piece I have read since school, and I was not disappointed.
Creativity, Inc. is written by Pixar founder Ed Catmull and tells the story about how Pixar came to be, with the main story being how to foster creativity within a professional environment. Since Steve Jobs was part of Pixar as well, pieces of this book coincides with events from Becoming Steve Jobs.
A Man Called Ove is a Swedish novel about Ove, a 59 year old widower who can't seem to find any meaning with life after his wife passed away. It's a great and heartfelt read which will make you both laugh and cry.
Kallocain is written by Swedish author Karin Boye in 1940 and is quite similar to the widely popular book 1984, and is about a dystopian future where the state monitors your every move and the development and use of the first truth serum. 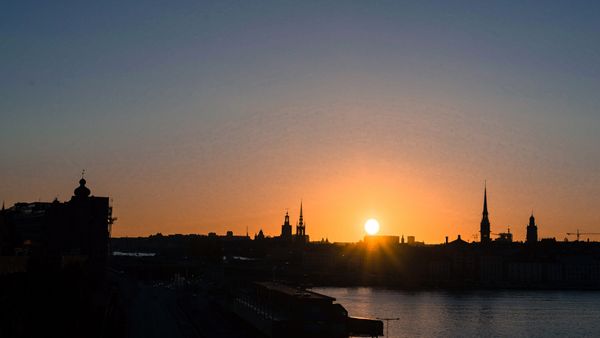 The weather in Stockholm is finally shaping up, so I decided to bring my camera on a recent walk through the city. Let's get started! The walk started close to

David Allen recently held a TEDx presentation in Amsterdam on the Natural Planning Model called Getting in control and creating space, and why it has such a big impact in getting projects going and actually finished. If you are responsible for planning projects in